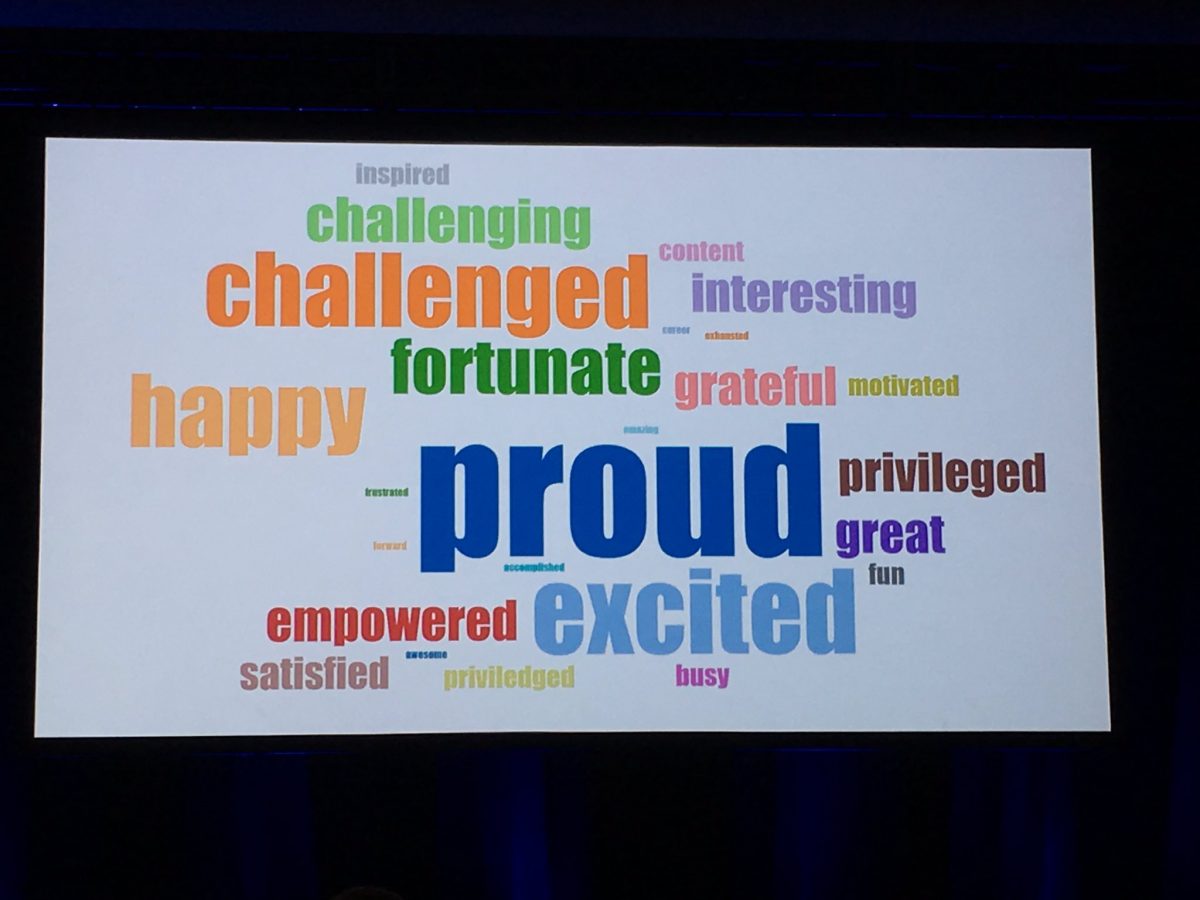 It’s been quite a week at Directions in Orlando. I’ve written about the confusion in the halls of the JW Marriott Grande Lakes resort, and I wanted to follow up about the closing keynote, and share an article by Microsoft’s General Manager for Business Apps & Strategy.

First the closing keynote, which was a very impressive thing to behold. This week has given me even more respect for Marko Perisic than I already had, because of the way that he owned what he said during the opening keynote, the way he listened to the event attendees during a few Q&A sessions, and how he has taken responsibility to do something with the feedback that he’s received this week. I already knew how much he cares and how much his team cares. Over the past decade I’ve gotten to know many of them quite closely, and they are really a great group of people that have their hearts in the right place. We are in good hands with them.

Now toward the end, Marko shared a picture of a word cloud. This was the result of an internal survey, where everyone in the NAV team expressed their feelings toward the product and the greater community. I don’t know about you, but this gets me going every time. If I may speak for myself: the feeling is mutual.

An emotional closing slide from the whole team pic.twitter.com/PL6SxP50xR

One other thing that was posted a couple of days after Directions was this:

Unconfirmed, but written by MSFT GM of global marketing. Looks like NAV 2018 is on after all #MSDynNAVhttps://t.co/M0ctetFZH1

I think that the whole “NAV is dead” thing was totally misunderstood. Maybe someone was talking about the name NAV, but I really don’t think it actually is dead, or even that there are plans to kill it. I do think Microsoft at the corporate level doesn’t always have a clue (which is a polite way of saying that it seems like sometimes they have no clue whatsoever), and I also think that one way or another there is going to be just one “ERP” in Dynamics 365.

Personally I think that the NAV flavor has a really good chance of being that one flavor. For sure we are NOT dead, and there is a LOT of really good and exciting stuff ahead of us.